Valerie and Chris Moody are members of the Utah Chapter of American Guard. On August 17th of 2019, they traveled across the county to Portland Oregon to participate in Joe Biggs’ ill fated “End Domestic Terrorism” rally. It is safe to assume that the group came to Portland with the express intention of engaging Oregonians in physical violence. They traveled in an armored bus, and members brought weapons, including firearms. One California member, Mark Quon, attacked an antifascist with a hammer before being disarmed and smacked with it. 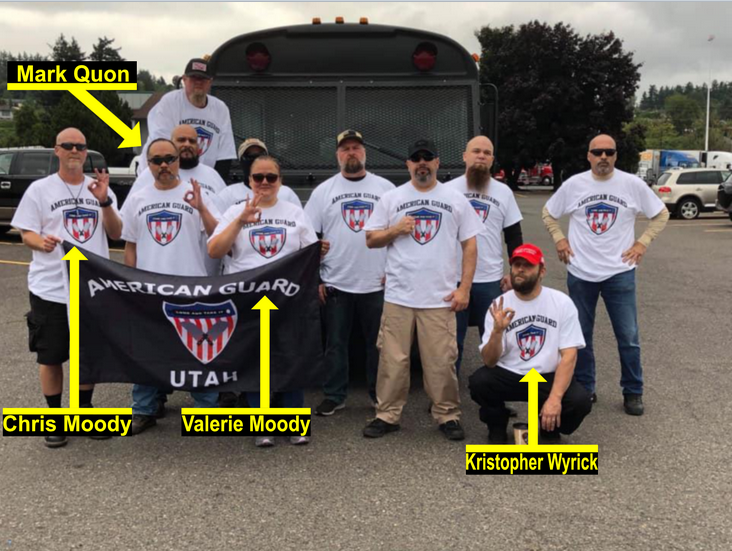 The Moodys posing with the American Guard contingent of the Portland protest.

The American Guard is described by the Anti-Defamation League as “Hardcore White Supremacists”. The organization was started in Indiana by Brien James, a former Klansman and one of the founders of the violent bonehead (neo-nazi skinhead) gang, Vinlanders Social Club.  The American Guard has deep ties to other open white nationalist gangs like The Hammerskins, The Traditionalist Workers Party, and The Aryan Nations. Unlike many of these other, more overt, groups, they also associate with alt-lite organizations like Patriot Prayer and The Proud Boys. This makes them particularly dangerous, as they are able to bring their extreme views and violence into spaces that typically cater to regular conservatives, who they attempt to further radicalize.

The American Guard has engaged in physical political violence at rallies across the country. They are incredibly dangerous, and their members & associates should be treated with extreme caution.

Valerie and Chris also have ties to Salt Lake’s metal scene. Chris is the drummer for (fucking awful) dad metal band Fear Through Flame. It is unknown if the band is still active. Valerie also helped to found Salt Lake MetalFest, a long running music festival.

Information about the pair’s whereabouts and employment can be found: HERE 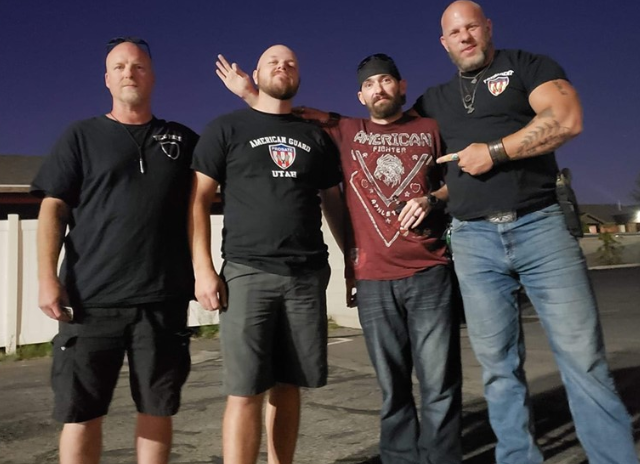 Chris (Left) with other members of Utah American Guard 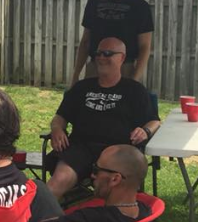 Chris at an American Guard gathering 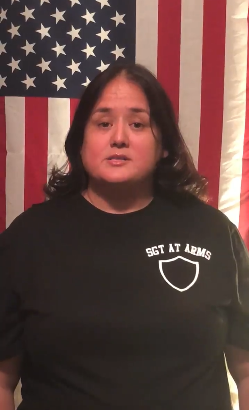 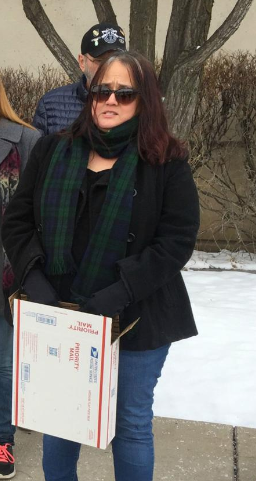 Please send us any tips regarding the Moodys and their whereabouts at CVAntifa@riseup.net

Thank you to Colorado Springs Antifascists, Eugene Antifa, and Long Beach Antifa for their work tracking and documenting the American Guard.