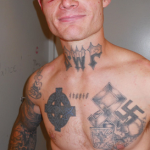 On New Years day, Oregon Women for Trump is hosting a “Mass Civil Disobedience” rally at the State Capitol in Salem. This is the latest in a long line of far-right incursions into Salem. These rallies have resulted in extreme violence against the city’s marginalized population. It has become increasingly apparent that Salem’s law Enforcement […] 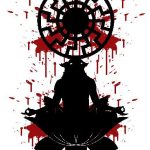 Doghead Division (formerly known as “Cult of the Doghead”) is a group based primarily in Texas. It bills itself as a network of veterans, first responders, and reformed criminals working towards self-improvement. This itself is an amiable goal, but something more sinister lies beneath the surface. The group is closely tied to Operation Werewolf (OPWW), […] 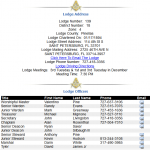 Ryan Saxer is a neo-Nazi from St. Petersburg, Florida who operates under the name “Sean Battle”. He is a member of several fascist organizations. Before we discuss Ryan’s neo-Nazi organizing and affiliations, let’s detail how we found him. Ryan has lots of different social media accounts. Some are for his public persona, Sean Battle, […] 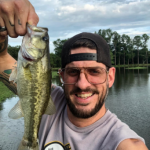 Militant ruralism is an emerging American fascist tendency that has grown in popularity over the past several years. It is Eco-fascist in nature and emphasizes resistance to industrial society and a return to nature and traditionalism. Unlike more typical Eco-fascists, who tend toward stochastic terrorism, adherents instead focus on controlling remote plots of land, […] 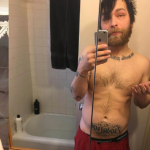 Saturnine Ritual Productions is a NSBM (National Socialist Black Metal) label and distro based in Sioux City, Iowa. The label is owned and operated by Michael Jones aka Severian Gwylell aka Michael Bones aka Graf Vorlock. The label puts out music and merch for white supremacist bands, and promotes dangerous, accelerationist ideology. Order of Nine […] 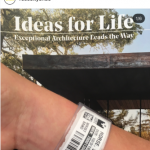 Scarlet Horse (yes, that’s a real name) is a white nationalist based out of Portland, Oregon. We learned about her when researching the #ReOpenOregon protest on May 2nd. She was the first person to follow Oregonians Uniting for Liberty’s Instagram page. The group was behind the anti-quarantine rally that drew in fascists from across the […]

Oregonians Uniting for  Liberty is an organization dedicated to re-opening America during the COVID-19 crisis. It is a part of a larger trend of astroturfed rallies that have happened across the country in the midst if the Corona virus epidemic. On May 2nd, they are planning to protest closures due to COVID-19. This is, obviously […] 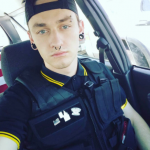 Intro: Benjamin Baker is a member of the violent nationalist group The Proud Boys, living in Corvallis. He uses the aliases “Angel Cullen”, “Angel Geist Cullen”, “Dashie Derps”, and “Aeonian Isodor”. Ben has issued extreme threats of violence to members of our community. He also has a documented history of stalking, and has also engaged […]