Saturnine Ritual Productions is a NSBM (National Socialist Black Metal) label and distro based in Sioux City, Iowa. The label is owned and operated by Michael Jones aka Severian Gwylell aka Michael Bones aka Graf Vorlock.

The label puts out music and merch for white supremacist bands, and promotes dangerous, accelerationist ideology.

Tempel ov Blood is a neo-nazi satanist cult run by Atomwaffen Division members Jillian Hoy and Joseph Sutter. Atomwaffen is a terrorist organization responsible for multiple murders over the past few years.

The Tempel is notable for their publishing wing, Martinet Press, which has published several texts that are influential within the Neo-Nazi accelerationist community.

Working with Martinet press, Saturnine Ritual recently released a tape entitled “White Night Suicide Choir”, a noise project featuring samples from the night of the Jonestown massacre. Tempel ov Blood have a long and strange history with Jim Jones and the People’s Temple. Before starting ToB, Hoy and Sutter were a part of Marxist-Leninist group called the Rural People’s Party that lionized Jim Jones as a hero and martyr. 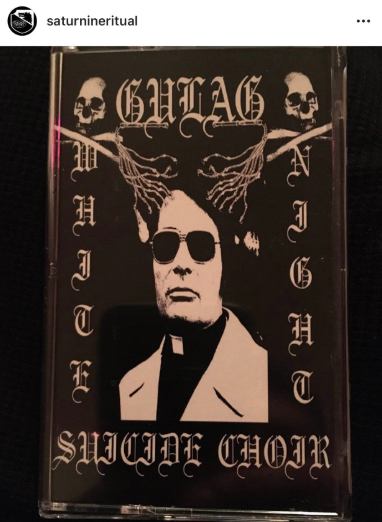 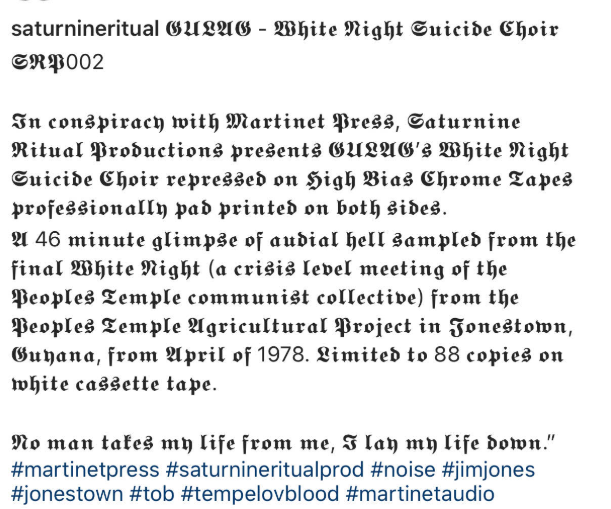 In addition to publishing their ‘music’, Michael is a full on acolyte of the Tempel. Here are pictures of him wearing the Tempel’s symbol and posing with books from Martinet Press. 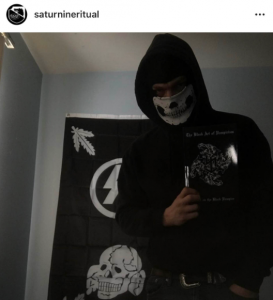 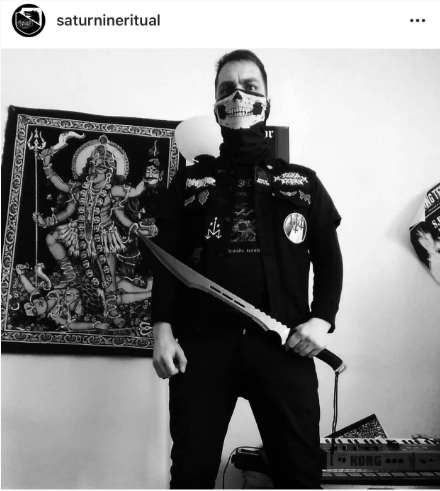 Jones frequently poses for pictures in his shitty battle jacket. 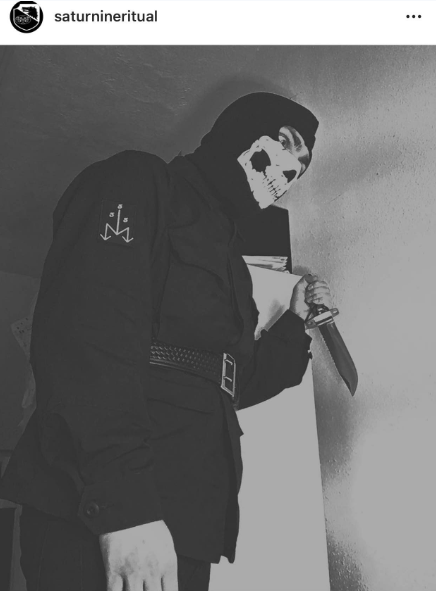 Templ ov Blood is a subset of The Order Of Nine Angles (o9a), a neo-nazi satanist organization that originated in the UK in the 1960’s. The group advocates for terrorism, mass murder, rape, and genocide. It has inspired several terrorists in the UK, most notably those in Sonnenkreig Division.

Jones wears o9a’s symbol on a pendant around his neck, and frequently posts pictures of it. 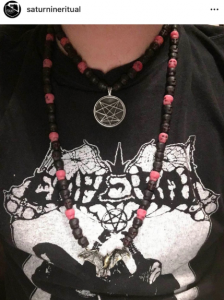 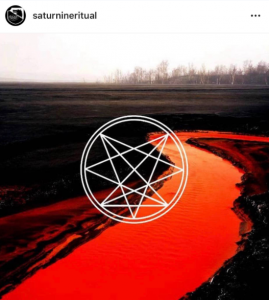 Siege is a compilation of essays written by neo-Nazi James Mason. It advocates for lone-wolf style terrorism and race war. In the wake of Unite The Right, the book gained immense popularity within Neo-Nazi circles. The book has inspired the “Siegepill” movement and a slew of terrorist groups, like: Atomwaffen, Feuerkreig Division, Sonnenkreig Division, and many others. 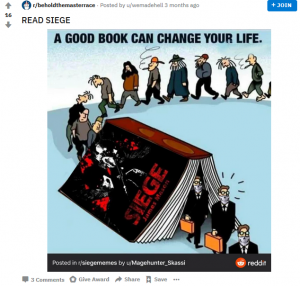 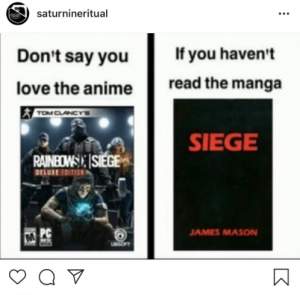 As an individual, Michael Jones is an interesting character. Before becoming a NSBM dork, Michael was a crust punk who repped Crass and had disrocker hair. He is active in the Sioux City DIY music scene, and used to book bands under the name “Cutting Teeth Presents”. 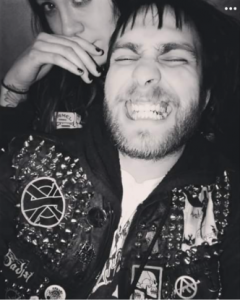 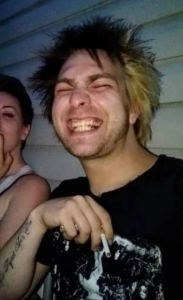 A brief look into Michael’s Reddit account (/u/wemadehell) reveals a deeply insecure individual. Whenever someone disagrees with him, he quickly devolves into using hateful slurs, and he throws raging temper tantrums when people downvote his shitty music. 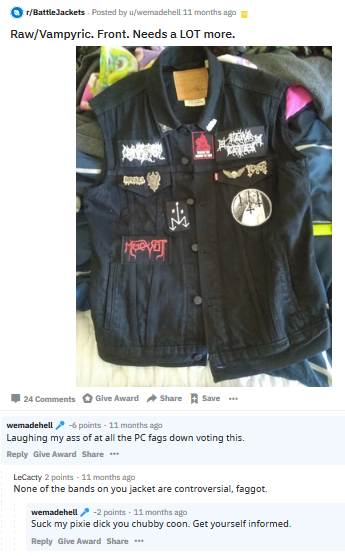 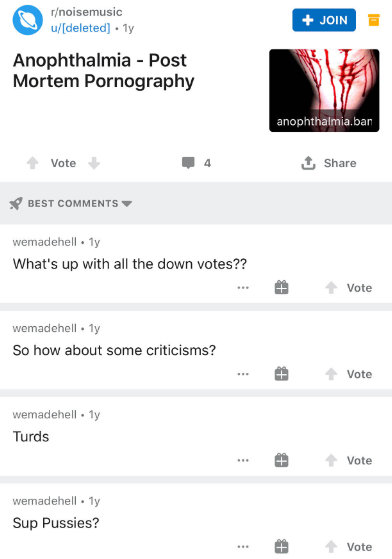 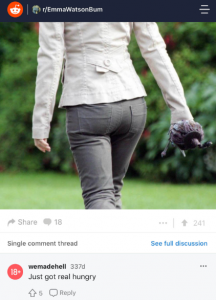 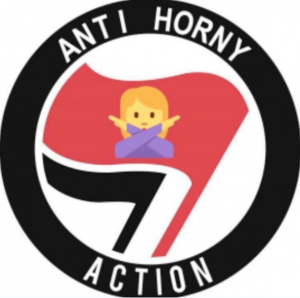 Michael’s last known place of work was at Cloverleaf Cold Storage, which was recently bought by Americold Logistics. 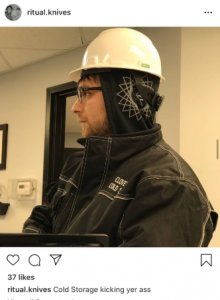 Michael at work at Cloverfield

Saturnine Ritual puts out music and merchandise for numerous different fascist bands, many of which feature  Michael Jones. 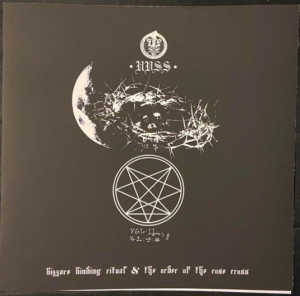 A UVSS record with featuring the o9a logo 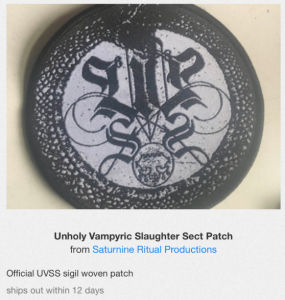 UVSS patches for sale in the Saturnine Ritual store

Unholy Vampyric Slaughter Sect is a black metal project from Northampton Massachusetts. The band has ties to o9a, and includes their symbol on some of their records. Saturnine ritual sells patches for them. 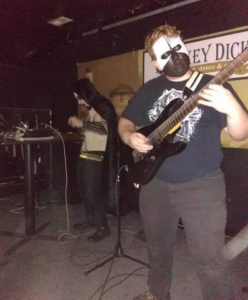 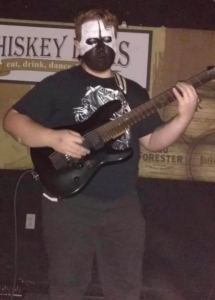 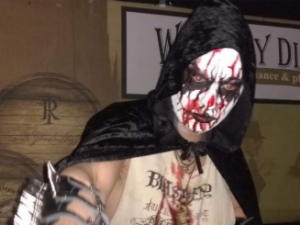 Rusulka is a dungeon synth project that Michael does with a man by the name Joshua Hall. Joshua is a fellow Sioux City resident and former substitute teacher. 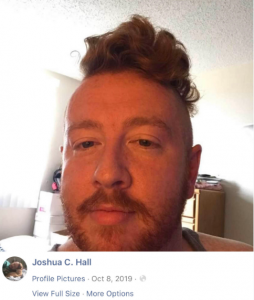 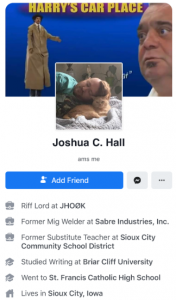 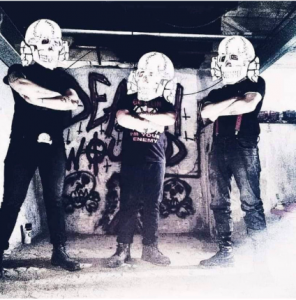 Death Wound is a “Blackened Oi” band from Iowa (yes it sounds about as shitty as you’d expect).  It features Michael Jones and two other boneheads. 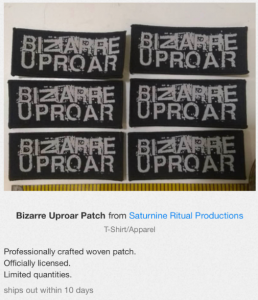 Please report these artists on Bandcamp and get them deplatformed.