On New Years day, Oregon Women for Trump is hosting a “Mass Civil Disobedience” rally at the State Capitol in Salem. This is the latest in a long line of far-right incursions into Salem. These rallies have resulted in extreme violence against the city’s marginalized population. It has become increasingly apparent that Salem’s law Enforcement has no desire to stop the tide of Fascist violence flowing into the city. For this reason, it is important for us to stand in solidarity with Salem and push back against this threat!

For years, Salem Police Department and other law enforcement agencies have showed favoritism towards violent far-right actors. This has only become more apparent in 2020. The problem is so egregious that a concerned Salem documentarian even put out this three hour long documentary chronicling the history selective enforcement of the law.

Since the beginning of the George Floyd uprisings, Salem has become a hotspot for far-right violence. Right-wingers have found too much resistance in liberal cities like Portland and Eugene, so they have pivoted their energy to terrorizing people in Salem and other small towns.

The first major right-wing event in Salem this year was an anti-lockdown protest organized by Oregonians Uniting For Liberty. We documented extensive ties between the rallies organizers and violent Fascist organizations in this article from April, 30th. Spurred on by an increase in COVID-denial, Salem chuds started rallying around Glamor Salon, a business that refused to comply with state lockdown orders, and put public health at risk. During the first nights of the George Floyd uprising in the city, armed militia members provided “security” for the salon in an attempt to intimidate BLM protesters. Police Officers coordinated with the militia members to help them dodge the curfew they’d put in place to justify tear gassing left-wing activists.

POLICE OFFICER TELLS PROUD BOYS TO HIDE INSIDE BUILDING BECAUSE THEY'RE ABOUT TO TEAR GAS PROTESTERS. THE OFFICER SAID HE WAS WARNING THEM "DISCRETELY" BECAUSE HE DIDNT WANT PROTESTERS TO SEE POLICE "PLAY FAVORITES."#BLUEFALL #PoliceBrutalityPandemic #PoliceBrutality pic.twitter.com/ri83By2EVy

The summer and fall have featured numerous far-right rallies  that have almost all featured extreme acts of right-wing violence. For comprehensive coverage of these events, we highly suggest watching the documentary we referenced above. Many of these protests have featured excessively violent unprovoked beatings like the ones in the twitter thread below.

Proud boys bull rush BLM, take baseball bat to man, then proud boy punches man on the ground, woman then maces him on the ground pic.twitter.com/rouWGGm8bM

On December 21st, far-right groups held flash-rally outside the Oregon state capitol in protest of the legislature’s special session. Tensions between law enforcement and protestors escalated, and ended in cops and right-wingers attacking each other with chemical weapons and White Supremacist Jeremy Roberts smashing a glass door to the capitol building. In times like these, it is important for us as Antifascists to understand that, even though Fascists and the state are occasionally opposed, we must remain resolute in our struggle to combat both of them. We highly suggest that our fellow antifascists familiarize themselves with the principals of the Three Way Fight. 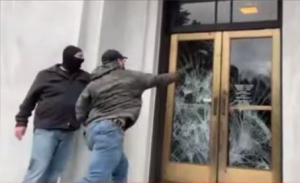 Oregon Women For Trump are the primary group behind the January 1st rally. They have, for years, associated with and platformed White Supremacists. Early in the group’s history, one of their Lake Oswego rallies was attended by Steven Howard, a former KKK Grand Wizard. 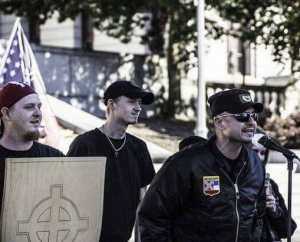 On May 5th, 2019 Oregon Women For Trump hosted a “America First” rally in Eugene that was attended by violent White Supremacists like Gordon Cronk and Andrew Allwander. The rally ended after Cronk attacked a non-binary person much smaller than himself. 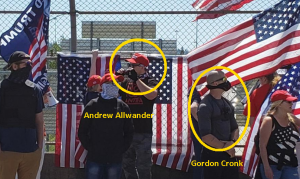 Oregon Women for Trump was formerly led by Emma Mitchem, a notorious bigot who is now organizing with the GOP in Georgia. Emma has been caught on camera calling a threatening a trans man and using homophobic slurs. 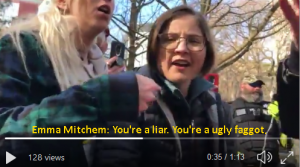 The many of the individuals involved in the Salem protest scene are, themselves, White Supremacists and neo-Nazis. These people are accepted into the community, and frequently engage in acts of extreme violence. Let’s take a look at some of the more prevalent Nazis organizing in Salem. 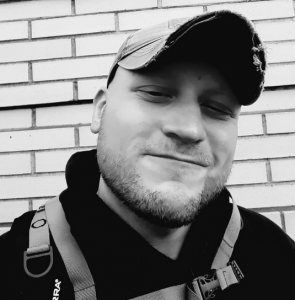 Eric Oelkers is a white supremacist who has been present at numerous fash rallies in Salem over the last several months. Eric was recently released from jail following a probation violation when he participated in an attack on a peaceful May Day celebration in Portland, Oregon. After a rally in Salem on November 27th, Eric stalked and threatened a person of color. He was later caught on security camera vandalizing a business associated with the individual he was harassing.

Last night, a PoC-owned restaurant in Salem was vandalized by fash.

The person caught on security cameras bears striking resemblance to Eric Oelkers, who has previously stalked and threatened people associated with the business. https://t.co/MZJ97opTIZ pic.twitter.com/oJdL1gQ2m0

Eric constantly posts straight up neo-Nazi rhetoric on Facebook which has been thoroughly documented by our comrades at Rose City Antifa. According to his ex, fellow right-wing washup Katie Weisberg, Eric has swastika and 1488 tattoos, and abused her mixed-race child.

Eric has taken part in several far-right rallies at the capitol including the on the December 21st when he was a part of the group that force their way into the capitol building. Here, he can be seen outside the capitol doors wearing an incredibly goofy cammo bucket hat that he thinks does a good job concealing his identity.

One of the more overlooked parts of Salem protests has been the presence of Patriot Front. Patriot Front is an overtly White Nationalist organization. It is a rebrand of Vanguard America, the group that murdered Heather Heyer during Unite the Right in 2017. Patriot Front stickers have frequently popped up around Salem at the sites of far-right protests. They have also targeted the same PoC-owned business as Eric. 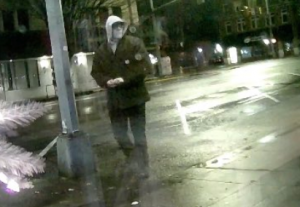 Jeremy Roberts is a Fascist organizer who has become central to the Salem protest scene. He is currently in jail after smashing windows at the state capitol during the December 21st rally. Jeremy is extremely violent, and has physically assaulted several people unprovoked.

Jeremy is a violent white supremacist who has been attending fascist rallies in Portland and Salem.

Jeremy recently got out of prison in 2015. During his time behind bars, he was close friends with neo-Nazi spree killer David “Joey” Pedersen. Pederson and his girlfriend Holly Ann Grigsby were self avowed White Supremacists who carried out four murders in September of 2011. They were apprehended in Northern California on their way to murder,”a prominent Jew”. 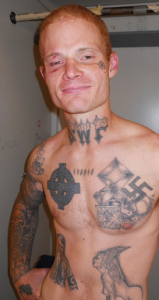 While in prison, Pederson started a gang called the”Aryan Soldiers” that required initiates to commit a stabbing in order to join. According to an article from PDX Monthly, Jeremy was friends with Pedersen in prison, however, it is unclear whether or not he was ever a member of Aryan Soldiers. In case the article is disputed, here are Facebook screenshots of Roberts referring to the murderer as his friend. 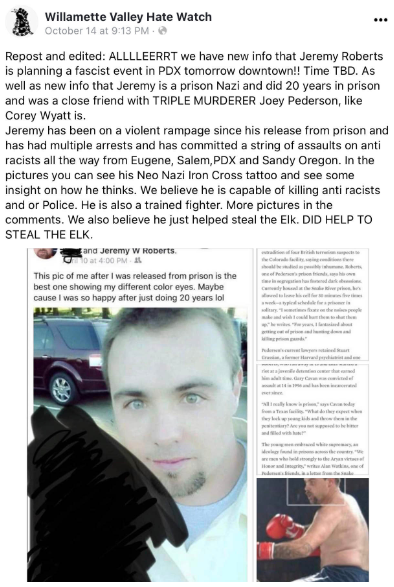 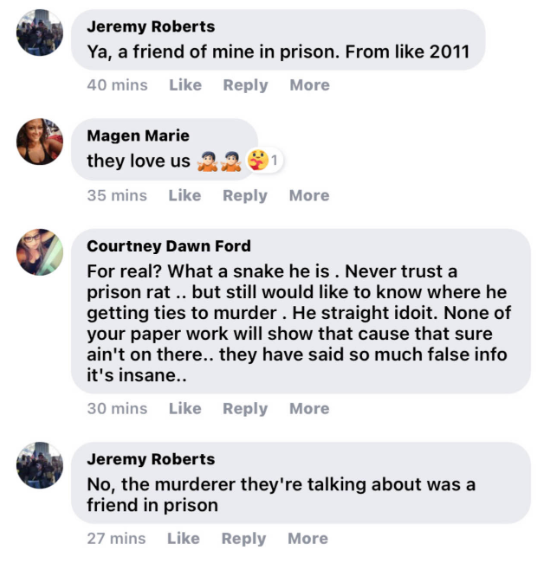 Like many of his fellow white supremacists, Jeremy is also convicted domestic abuser. He is currently on probation and is not allowed to have weapons because of his domestic violence. The following is a testimonial from a neighbor about Jeremy’s violent abuse. 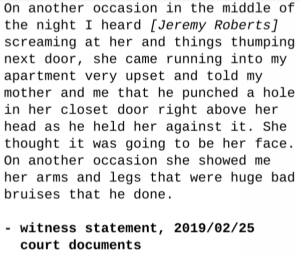 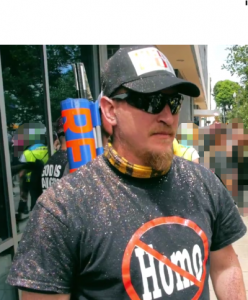 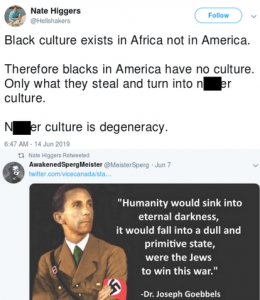 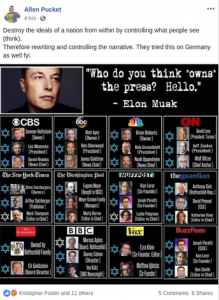 David Willis is a long time associate of Patriot Prayer and the right-wing protest scene. He has publicly claimed to be a former member of East Side White Pride, a neo-Nazi bonehead gang responsible for the murder of Ethopian immigrant Mulugeta Seraw. He frequently posts antisemitic memes on twitter. David Willis is currently living in Lincoln City, Oregon, and is reportedly managing a HUD apartment complex. He has frequently been seen menacing people of color in Salem in his orange Jeep Patriot. 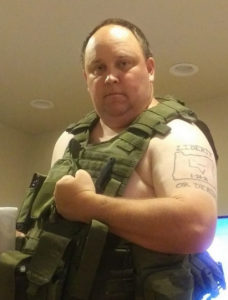 All of these White Supremacist individuals are welcomed and lauded by the Salem protest scene. Their presence is a testament to the true fascist nature of these groups. They are a home for neo-Nazis, domestic abusers, and violent racists, and must be treated as such. Here are several assorted Salem protest regulars who we suspect will be there on the 1st:

Daniel Tooze is a Proud Boy and failed state house candidate from Oregon City. He has organized previous rallies in Salem. 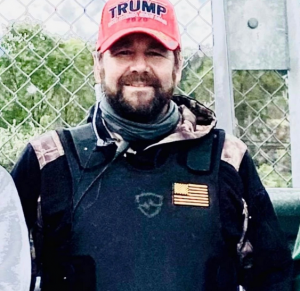 Carl “Flip” Todd is a longtime Proud Boy from Sherwood, Oregon. He was a part of the Malheur wildlife refuge occupation, and shares Patriot Front propaganda on social media. 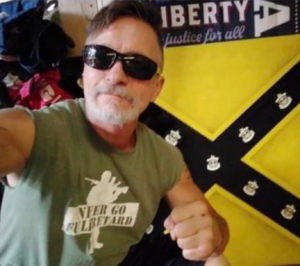 Travis Taylor is a Proud Boy from Oregon. He has been filmed assaulting noncombatants at previous Salem rallies. During a rally on August 28th in Portland, Oregon, he broke a journalist’s finger by hitting him with a shield.

The Proud Boy who aggressively maced a young woman in Salem this past Saturday appears to have been Travis Taylor (https://t.co/5dYvSllV9P). https://t.co/0HIphfkGNT pic.twitter.com/M5KBC5DYA2

Mark Tracey is a weird COVID-denying boomer who runs a semi-defunct gym called Sharks MMA in Hillsboro, Oregon. He is hosting a wrestling event at the protest called, “Grapple at The Capitol”. The event advertises itself as, “No Masks Allowed”. He works as a Techforce Analyst at Salesforce, and also owns an IT company called Shark Industries. 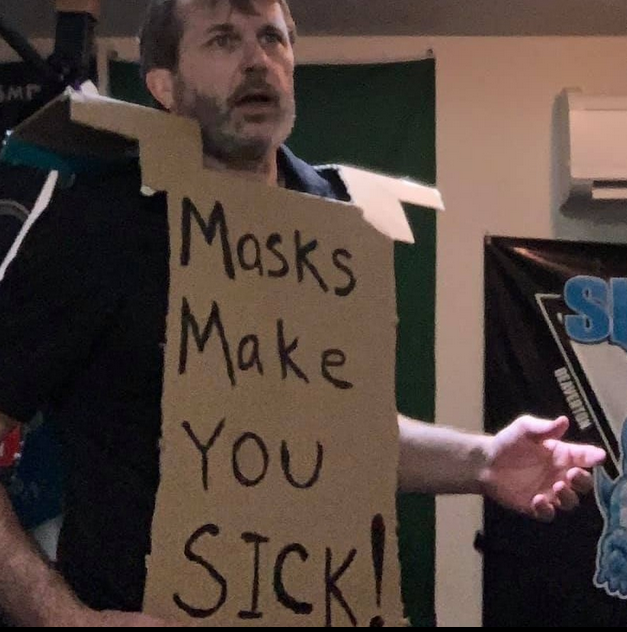 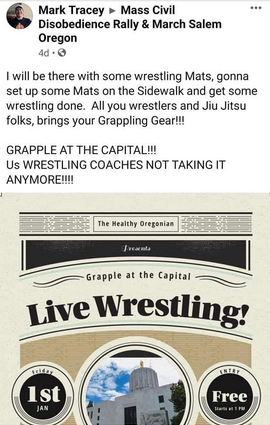 James Jay Abney is  Proud Boy and frequent attendee of Salem protests by way of Oregon City. He has also flown out to attend MAGA rallies in Washington DC. Last December, he was arrested for violating a restraining order. He is currently working as an independent contractor. Please consider leaving him a review. 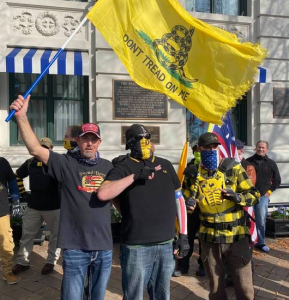 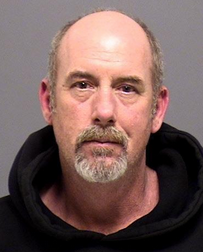 Garret Sipe is a Proud Boy from Newberg, Oregon who has attended several rallies in Salem. He works for Square Deal construction. Please contact them at (971) 832-0191 or office@squaredeal.construction and ask why they’re employing a member of  an SPLC designated hate group. 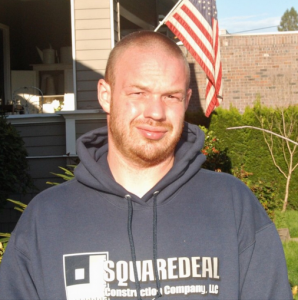 Tim Davis is a member of The American Patriot Society from Springfield, Oregon. He is a regular at far-right rallies all across Oregon. He is a White Supremacist who has participated in assaults on Black people.

Tim Davis is affiliated with the American Patriot Society (TAPS), a Salem based group that holds anti-lockdown rallies.

They hosted two in August, on August 8 and August 15. Tim was a speaker at both of them.

On 8/15, Tim and his TAPS buddies assaulted a deaf Black man. pic.twitter.com/vJywxiyWcc

Zina Bodunov is a member of Oregon Women For Trump from Canby, Oregon. She frequently attends Salem protests and fraternizes with Proud Boys. 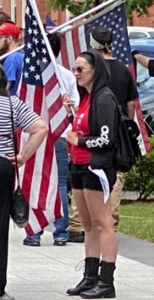 Tyler Fraser is a Proud Boy from Salem, Oregon. He can often be seen at protests in the city. 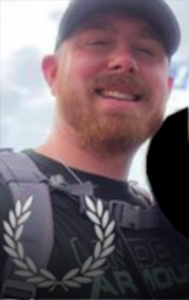 Paul Davies is a Proud Boy from Oregon. He frequents Salem protests, and often runs with Jeremy Roberts. 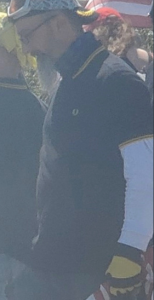 These violent Fascists are attacking Salem again on New Year’s day. Groups on the ground are organizing a counter protest to these violent bigots. Please join them to defend the community from the Fascist threat.

Thank you to Rose City Antifa, Chud Trackers, Central Oregon Antifascist , and Willamette Valley Hatewatch for producing much of the intel we used in this article 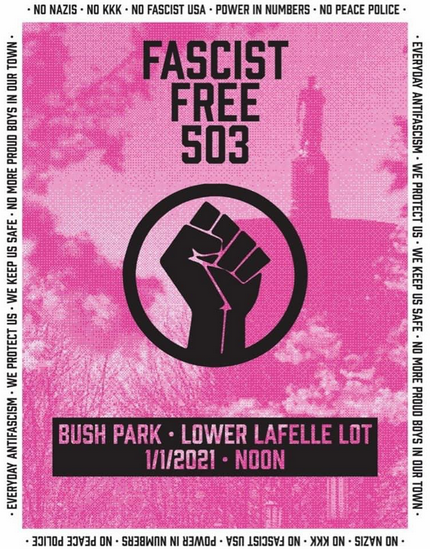