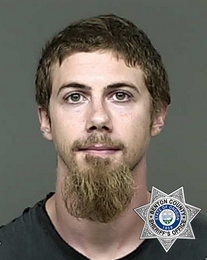 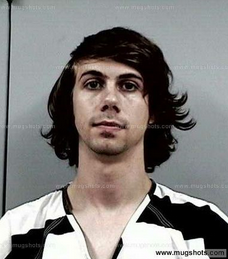 Paul Bonnen is a National Socialist Black Metal Musician(NSBM) who is organizing in Corvallis and other towns in the mid-Willamette valley. Paul is a longtime fixture in the Oregon Nazi metal scene. Most recently he has played in the band “Xenocide” under the name Kulturkampf Kriegshetzer. He was previously involved with bands like “Echo of Emptiness” and “Immortal Pride” as Dragur. These bands incorporate neo-Nazi propaganda in their music, with songs like “White Alliance Against Z.O.G.” and “Jew’s Last Breath”. “Z.O.G.” refers to “Zionist Occupation Government”, a neo-nazi conspiracy theory that claims the United States government is secretly controlled by Jewish people. 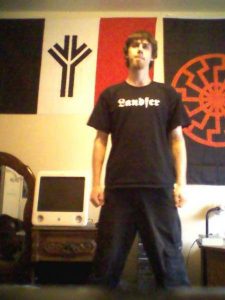 Paul with a “Black Sun” flag. The “Black Sun” is a symbol used by Heinrich Himmler’s SS in World War II.on the right.

He was also a member of Volksfront, a defunct neo-Nazi skinhead gang that originated in Oregon prisons in the 1990s. The gang has been connected to numerous violent hate crimes, including multiple murders. Volksfront dissolved in 2012 after the Wisconsin Sikh temple massacre, when it was was revealed that the shooter had connections to the group. 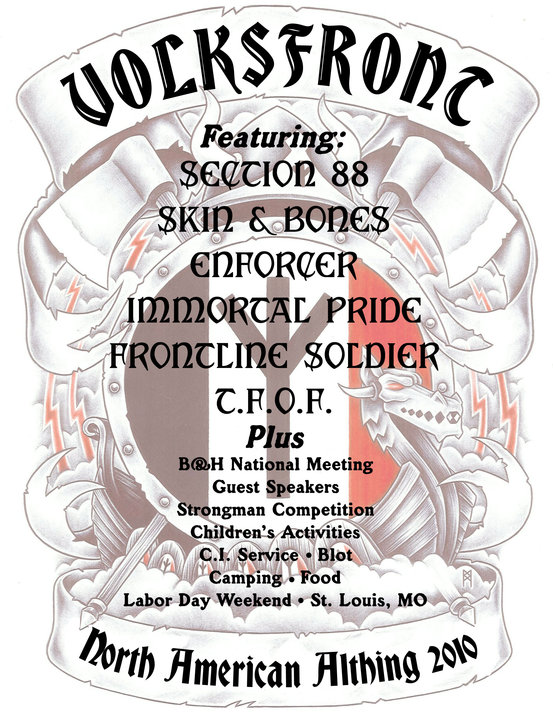 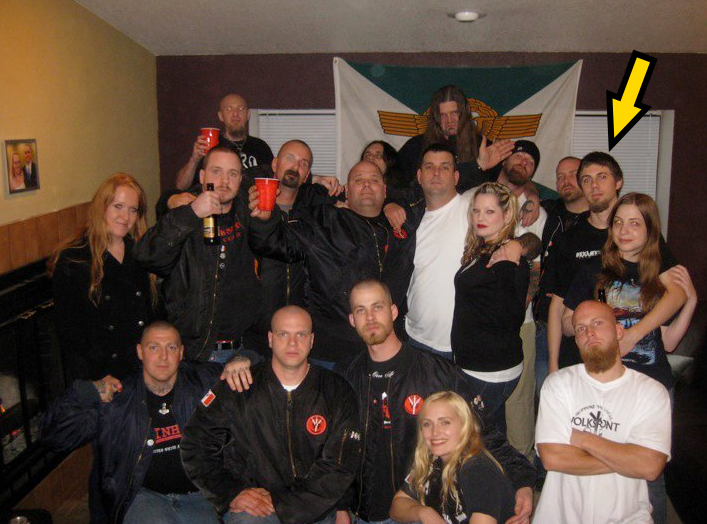 Paul at a Volksfront gathering

In addition to Paul’s Nazism, he is also a rapist and registered sex offender. In 2012, he was given two years’ probation for getting a 16-year-old girl drunk and then raping her. You can read more about the case here. It is not uncommon for fascists to be pedophiles. Local Proud Boy, Benjamin Baker also has a history of relationships with underage girls.

Paul is currently trying to start a record label called Vineland Elite Circle with Donovan “Donnie” Sagan. Donnie is a NSBM musician originally from Temecula, California. A collage featuring Facebook messages Donovan sent someone has circulated around the internet as a cringe-post for several years. In the messages, Sagan tells the recipient that he wants to make a band and inherit the legacy of GG Allin. He sends pictures of himself covered in self-inflicted cuts, and claims to have eaten his own shit and to have mutilated his genitals. He also says that his new band will feature, “rape, child molestation, scat, blood, racism, etc.” Donovan Sagan was last sighted in Albany, Oregon. 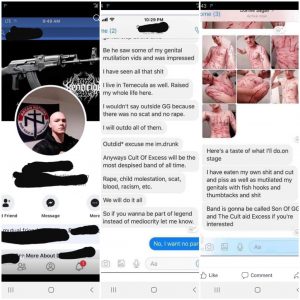 An images of disturbing messages sent by Donnie Sagan. Note the Xenocide logo in his Facebook banner image. 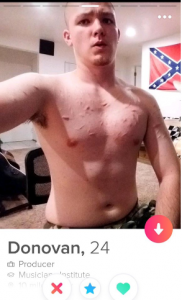 Vinland Elite Circle’s current lineup of bands includes Xenocide, Aryanwulf, Alocer88, Gunnolf, and Heldenland. All of these bands are overtly National Socialist, and feature racist themes in their music. The label also sells shirts featuring a portrait of Adolf Hitler. Their website is hosted by Wix.com. Please contact Wix and alert them to the dangerous neo-Nazi shit they are promoting with their services. 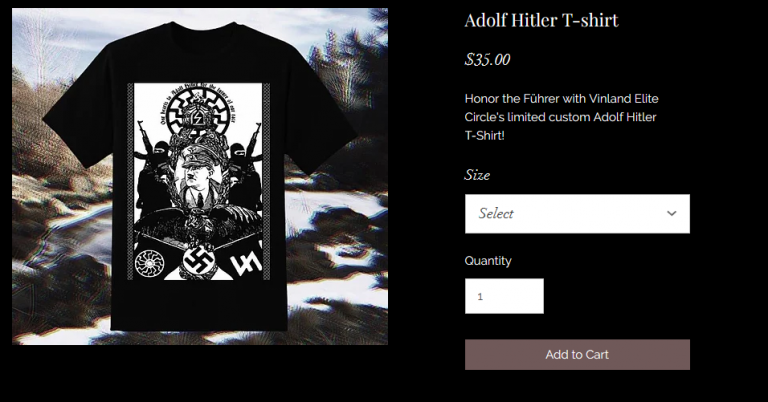 Paul is currently living out of motels in Newport, Corvallis, and Monmouth. He drives a beat up green minivan, and has been seen with a pregnant redheaded woman. If you have and information about the whereabouts of Paul Bonnen or Donovan Sagan, please reach out to us at cvantifa@riseup.net

Paul has previously been featured in articles by Rose City Antifa and Eugene Antifa. The Eugene article discusses his relationship with Gina Marie Stroud,