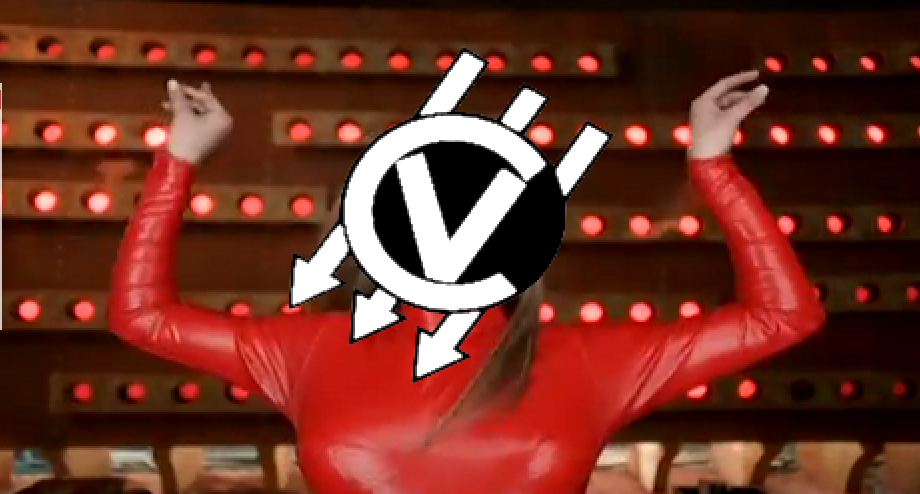 Last month, White Nationalists tried and failed to host, “White Lives Matter” rallies across the country. Ourselves and other antifascists released their chat logs and seized their channels. Tomorrow, on May 8th, the same group of dorks is trying to do this again, and we’re here once more to provide you with those sweet sweet receipts. Today, we are once more publishing the telegram logs from one of the group’s admin “baskets” as well as the Oregon channel. If you are a journalist or an activist who would like to access these logs, please send an e-mail to cvantifa@riseup.net with a brief explanation of who you are and why you would like access. 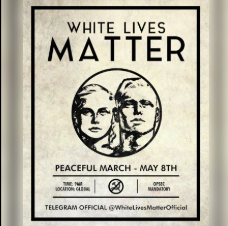 WLM claims to have made significant improvements to their operations security since their last rally was completely compromised. However, their attempts have been completely in vain. They have set up a basic, easy to infiltrate, vetting processes, and have divided the group’s administration into several different admin “baskets” that they put on timers. This has done nothing to deter ourselves and other antifascists from infiltrating their groups and identifying their members. The actions of this group’s leadership have endangered their members, and will continue to make them the laughingstock of the White Nationalist community. WLM is organized into different telegram channels based on state and country. Each of the individuals we mention below administrates their state/country’s channel, and is working to plan an event in that location.

The WLM movement has been a destination for washed up nationalists from groups across the country. One of the most unique elements of it is that it is a very big tent, and features everyone from normie Trump militia guys to hardcore siegepilled neo-Nazis. Usually these groups do not interface, but this appears to be appears to be an exception let’s take a look:

The new leader of the North Carolina group is a member of the American Patriots III% militia using the name Joe Whiteshark. A brief look at his social media profiles reveals him to be a pretty typical MAGA boomer. This is somewhat concerning because it shows that WLM’s attempts to engage with and radicalize conservatives that we discussed in our last article on the group. 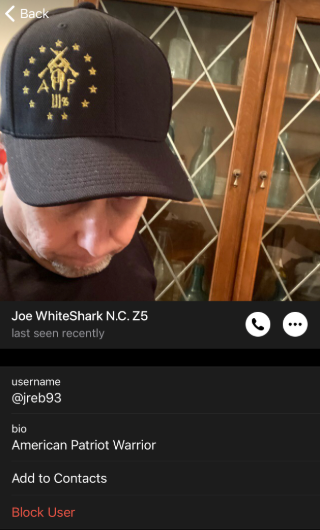 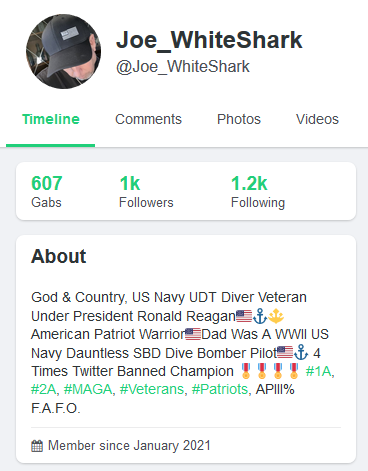 Another person from a civic-nationalist background operating in these channels is Vito Russel aka Telly Salavas, a Proud Boy from Michigan, who we referenced in our last article. The Proud Boys have been prevalent in WLM chats since the beginning. Their participation in this movement and collaboration with overt neo-Nazis reveals just how false their claims of racial egalitarianism are. 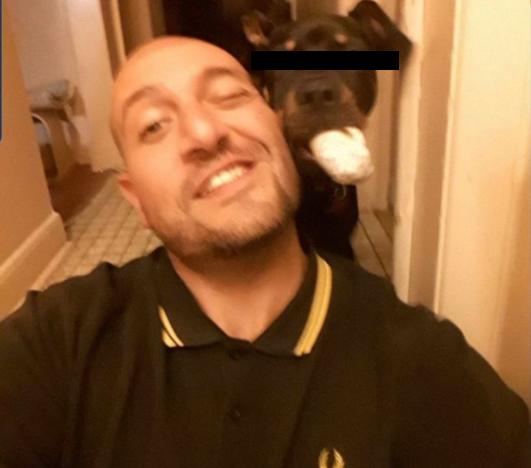 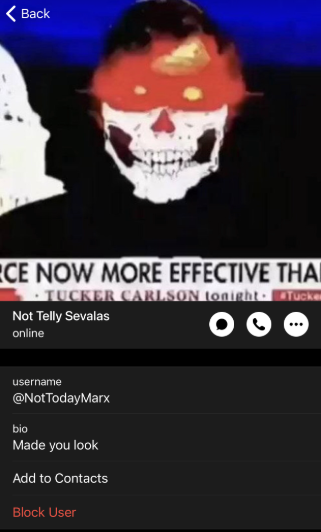 One group that doesn’t seem to have much interest in WLM is Patriot Front. One of their members using the handle @RooftopAryan is in charge of the Texas channel. Patriot Front, correctly realizing that WLM is a sinking ship, chose to discipline him for his participation with the organization. He then sent screenshots from Patriot Front comms into the Admin channel. 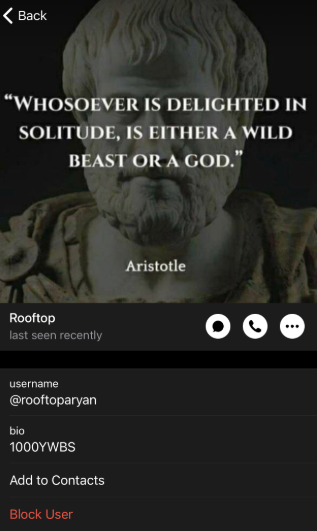 On the most extreme end of WLM is the California leader using the name “James Fraiser,” who posted siegepill literature in the channel he admined. The siegepill movement is an incredibly violent neo-Nazi tendency that originated on the Iron March forums in the 2010’s. The movement spawned violent terrorist groups like Atomwaffen, Freurkreig division, and The Base that have been tied to several murders. Several of the books boosted in the WLM California chat were published on the Iron March forum and advocate mass murder of non-whites. 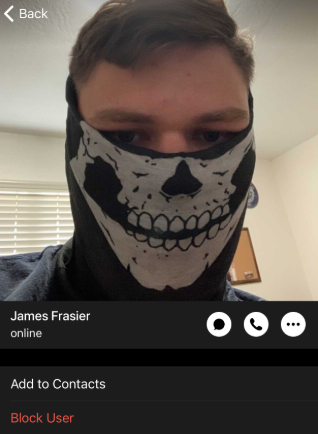 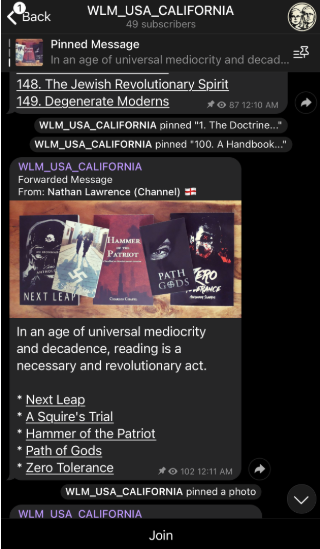 Interestingly enough, one of the main differences between this event and the last one is the presence of several high profile Australian Fascists in administration roles. The Australian channel is admined by Thomas Sewell and Jaz Searby. 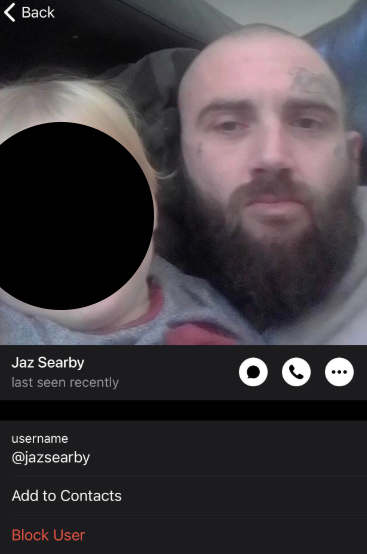 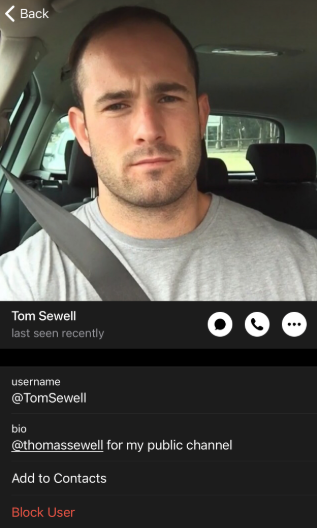 Thomas Sewell is the leader of the Australian group, “National Socialist Network.” For many years, his claim to fame was that he’d attempted to recruit the Christchurch Massacre shooter into his organization. A video of him sucker punching a black man and shouting slurs recently went semi-viral. He is admired by many in the chat. At one point, he advocates that men in the channel beat their wives. 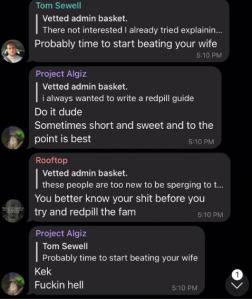 Jarrad “Jaz” Searby is the leader of the Borderlands Proud Boys chapter in New South Wales. He and Sewell work together to administrate the Australian channel. Searby got some national attention in Australia when he and some fellow Proud Boys filmed themselves threatening random people who’d criticized their group at their homes and businesses. The videos garnered high praise from Proud Boys Chairman (and Fed snitch) Enrique Tarrio, who described them as, “amazing.” It should come as no surprise that Aussie Proud Boys are working with open neo-Nazis, since their American counterparts have been exposed for it more times than we can count.

Like many of the loops, the Oregon one is rife with extremely violent rhetoric and hatred. Neo-Nazis operating in the loop have used it to attempt to radicalize conservatives into even more hateful ideologies. In this interaction, several neo-Nazis attempt to convince a MAGA guy that comparing Kate Brown to Adolph Hitler is bad because Hitler was a good guy, actually. One of the users pictured (@killdozer1488) is the admin of the Washington channel who claims to be an ex-volksfront from Vancouver, Wa. 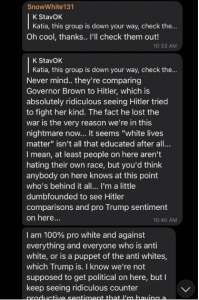 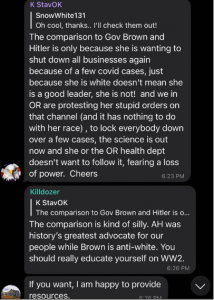 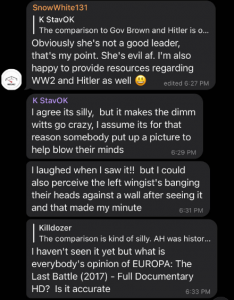 We are also excited to bring you the logs from the Oregon channel and it’s vetted chats. Let’s talk about some of the Oregonians involved in WLM:

Rynne McCoy Cowham of La Pine, Oregon was active in the chat under the username agent156 and has claimed she would attend the Salem event. She has previously been written about for her role in fascist organizing by Move Silent_Sam.  Cowham was reportedly involved with both the first and second Unite the Right rallies in Charlottesville, Virginia. She appears to be heavily associated with White Nationalist lawyer Augustus Invictus and is on the board of directors of his website Revolutionary Conservative which she also provides IT work for. 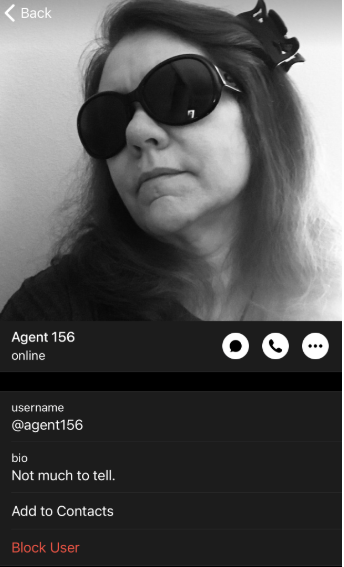 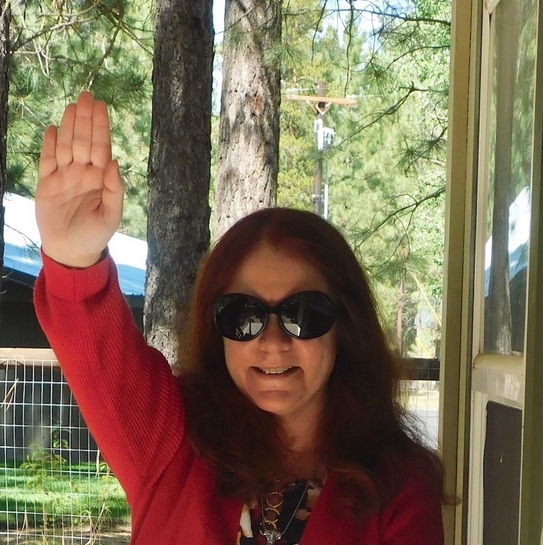 Sheldon Harding is a member of the Oregon WLM chat who rather unwisely used his real name as his telegram screen name. Equally unwise was the choice of profile photo matched between his telegram and facebook. He is a crane operator from Idaho, formerly associated with IUOE local 370. Although he only infrequently contributes to discussions on telegram, he has leveraged his son and daughter’s enlistments in the Navy to position himself as an expert in world affairs. He is currently residing in Keizer, OR with his wife Shellie. 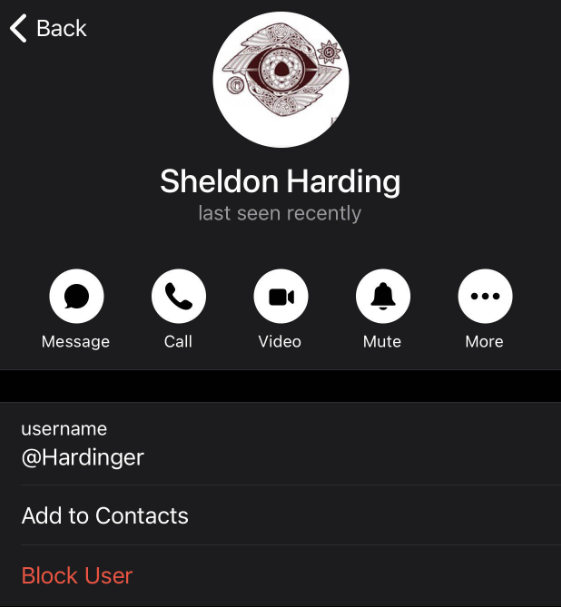 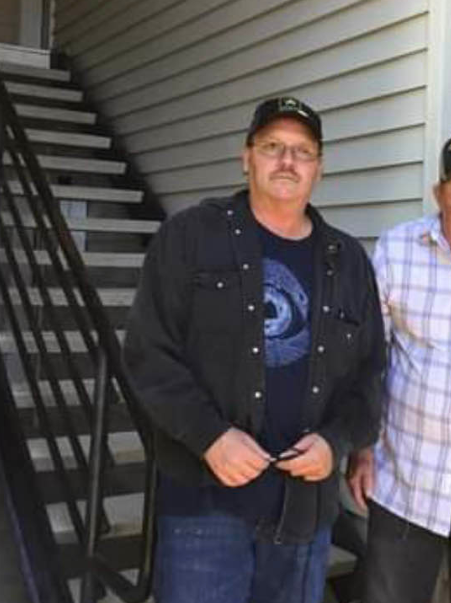 Katja Korell is a German immigrant living in Salem, Oregon. She operates in the telegram group as, “@SnowWhite131.” As can be seen from the above screenshots, Katja is a fervent White Nationalist and supporter of Adolph Hitler. According to her, she is not involved in political organizing inside  Salem, but this is definitely one to look out for. 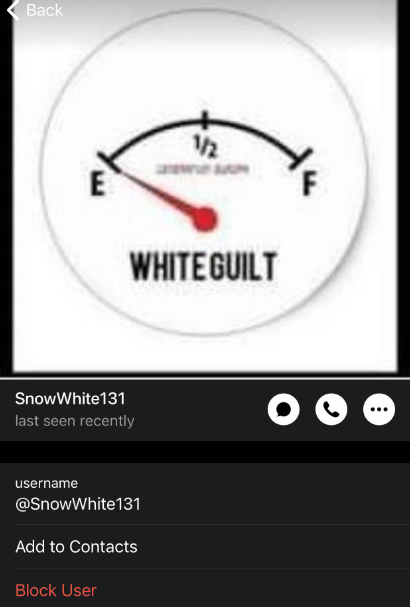 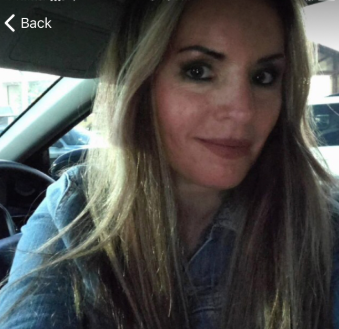 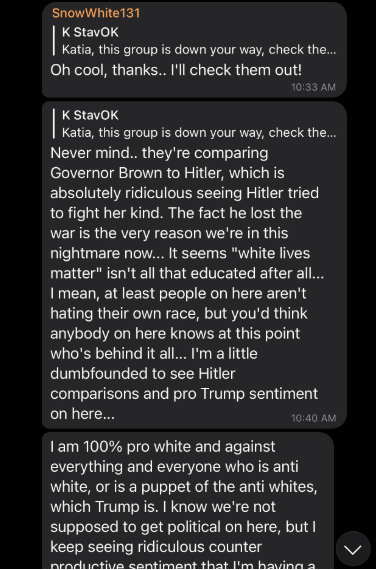